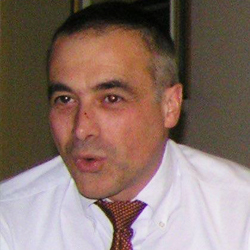 As an academic, Joe has been a leading thinker and researcher in Additive Manufacturing (AM) since its inception in the 1980’s. He is among a handful of international researchers to have pioneered Material-Agnostic AM. This research led to the creation of Free Form Fibers, a unique source of laser-printed high-purity powders, fibers, and non-woven fabrics for extreme environments, for which he holds 12 domestic and international patents.

His work has been recognized by professional societies and the National Academy of Engineering, of which he is a Frontier Fellow. In 1990, while on the faculty at Rensselaer Polytechnic Institute, he received a National Science Foundation Presidential Investigator award for his work in Computer Aided Design and Manufacturing. In 2001, he was awarded the Canada Research Chair professorship in Free Form Fabrication at the University of Montreal.

As an entrepreneur, Free Form Fibers is Joe’s second venture, of which he is lead cofounder. He now serves as its Chief Scientist and is a member of the Board of Directors.

Joe received his undergraduate education in mathematics and physics in France. During Army service, he earned multiple graduate degrees in mechanical design, automated manufacturing, and computer automation.  After working as research engineer for the oil industry for four years, he earned a Ph.D. in Mechanical Engineering from Stanford University in 1988.

Back to USACA About page | Send this page to a friend