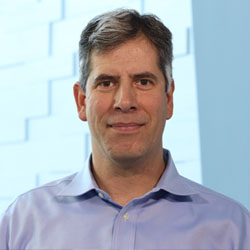 Andy Thomas in currently the Vice President of Research & Development at CoorsTek. Headquartered in Golden, CO, CoorsTek is a leading global engineered ceramics manufacturer with over 30 manufacturing facilities spread across four continents. In this role, Andy has global responsibility for the coordination of technology development and program management practices at CoorsTek’s three corporate Research and Development sites located in Golden, Colorado, USA; Hadano, Japan and Uden, The Netherlands.

Additionally, Andy spent 10 years at Bell Helicopter, rising from the position of Principal Engineer to that of Manager of Technology IRAD/CRAD Programs.  In that role, Andy was responsible for technology scouting at universities and small businesses, and led a team of researchers who developed technology in the TRL 3-6 range through a mix of independent and contracted research programs.  Andy received his BS degree in Materials Science and Engineering from North Carolina State University in 1990 and his MS and PhD degrees from The University of Texas at Austin in 1992 and 1994, respectively.  Andy and his wife, Jennifer, have two children. In addition to his love for the Colorado lifestyle and international travel, Andy enjoys mentoring young people to find their niche in STEM fields.

Back to USACA About page | Send this page to a friend